About Yvonne A Jones

"Focus on connections and the cash will flow"

I am passionate about empowering and supporting people just like you create a success mindset and grow your business fast by building strong relationships online and offline. 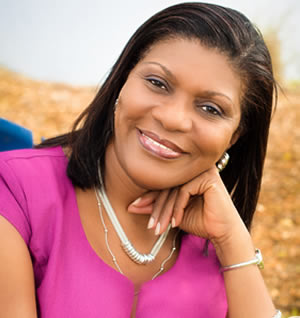 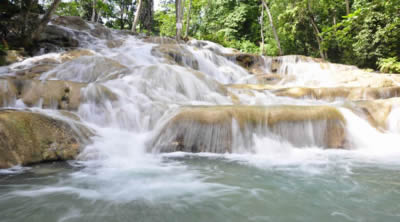 I am a wife, mother of three grown daughters, 3 sons-in-law, and Nana to 3 toddlers.

I was born in and grew up on the beautiful island of Jamaica where I worked in Banking, Administration, and Human Resources obtaining a one-year Certificate in Human Resources (Training) from the Jamaica Institute of Management before migrating to the United States in 1989.

It was during my first job (with the commercial bank) when I was sent on a Customer Service training that I learned how valuable this was to every business. I fell in love with the practice and applied what I’d learnt in working with customers and saw the difference it made. I became an advocate of excellent Customer Service.

A Serial Entrepreneur since I was in my 20’s, I created alliances with farmers in various communities across the island from whom I purchased vegetables and other foods and supplied hotels on the North Coast of Jamaica, even while working in a corporate job and enjoying several promotions.

It was also not unusual for me to take a weekend trip to Miami to shop for decorative items, like framed art, and other items for sale back in Jamaica.

How long have you been dreaming of having a business you can work from the comfort of your home? “It’s never too late to achieve your dreams if you have a burning desire, a strong will, and an eagerness to learn.” ~ Yvonne A Jones

Despite having a secure job in Jamaica, my daughters and I joined my husband in the US and I quickly found a job but then… two years later I was laid off as the company closed one of its offices.

It was not a surprise as I had seen what was happening in the company, but it was a shock to my inner being as I’d never experienced being laid off before. What should I do? Find another job or??? 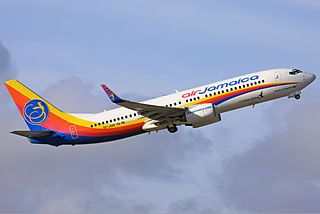 I started a cleaning company.  It was not something I was passionate about and finding people to do jobs to my standard was hard.  I ended up doing a lot myself to be able to keep my clients. But that remained a viable business until February 1994.

If you have an idea that could be a money-maker, but you have no passion for it, it will just be another job that you dislike doing, whether you are the boss or someone else is the boss. Passion is important because it will act as the fuel that keeps you going despite challenges.

Your Life Can Change in a Flash – Facing Death

Mine did! On an early Saturday morning in February 1994, I drove home from a night-auditing job and within hours everything changed! I was on my way to the hospital and admitted later that day.  Over the next two days I heard, “If I operate on you, you would probably be dead within 7 days.” “I cannot accept your belief or faith because if you die…” I was dying! I was in the most excruciating pain and the doctors would give me nothing for the pain, as they “did not want to mask the pain” yet were not prepared to perform the surgery I desperately needed to save my life!

Thankfully, through God’s mercy, prayers, and a loving, hard-working group of Christian men, who worked tirelessly through the night calling doctors all over Ft. Lauderdale, they found a doctor who would perform the surgery.  That night we all discovered that not all surgeons choose to perform all types of surgeries. When there is the strong possibility of the patient becoming septic and could die if extreme care is not exercised, many choose not to do the surgery. The transfer by ambulance to another hospital happened on Monday morning. After 7 days in ICU and 21 days in the hospital, I returned home. A couple days later I called the original hospital floor to thank the nurses who did their best to care for me during the two days I was a patient there, and who took the extra step to call the hospital I was transferred to, to find out how I was doing. After identifying myself to the nurse who answered, she said, “God has a plan for you, my dear.” They did not think I would have survived.

What are you doing everyday to make sure your loved ones know you care?  How are you living your life day by day? What legacy are you creating in the event some life-changing circumstance should occur in your life?  How are you structuring your business so that it will continue to operate without you if you are incapacitated for any length of time?

I had no passive income and no structure to my business so that it could continue without me, thus from my hospital bed I gave away all of my clients to other entrepreneurs.

Back to School and Hospital

Because of the care I received from the nurses I was motivated to do something in healthcare, but did not want to spend the years required to study nursing. The Elder Care and Alzheimer’s Care certification filled that need and I became a caregiver for the elderly. In 1997 it was back to college to complete my degree, which was interrupted again with another emergency hospital stay and surgery in 1998, and graduation in 1999.

In the summer of 1999 a product line was introduced to me, which I loved. For the next 14 years, and while working in Corporate America for 7 of those years, I taught skin care and color cosmetics.  It was a privilege to coach dozens of women on how to start and maintain a home-based business, as well as give presentations to adults and teenage girls in various libraries in the Ft. Lauderdale area on my signature speech, “Love the Skin You’re In.”

What is it you love to talk about?  What are you passionate about?  Could you use that as the basis to create your signature speech and presentations?

Fast forward to 2006, it was my deep desire to pursue something that I fell in love with many years ago – Customer Service and Retention – support businesses to build relationships with their customers.

I resigned for the last time from Corporate America and launched my business. Sadly, it was quickly evident that our ideas of customer service were not in alignment and after two years I dissolved the company. 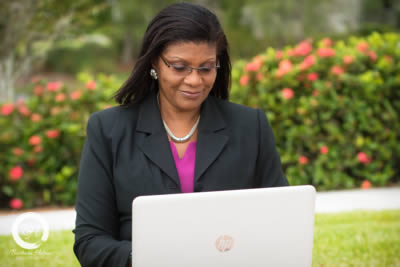 Knowledge of the online world opened up to me and I went online in the Fall of 2008 and focused on learning:

Transitioning from the offline to online world was not an easy transition because I really struggled.  I felt like the new kid in High School where everyone knew each other and I knew no one. So I took  lots of training; some were fluff, some I wasn’t ready for, and some I got real value. I finally found and worked with a Mentor who provided guidance from late 2009 to 2011.

I don’t want this to happen to you! You need guidance from someone who has been where you are and has walked in your shoes. You need a coach who will find out where you are, where you want to be, and create a plan to get you there so you take the shortest past to achieve your goals. When you know where you’re going and how to get there you avoid the Bright Shiny Objects Syndrome that only diverts your attention with promises for easy success yet fail to deliver results...

In order to deliver the best results to my clients I enrolled in numerous other trainings, including:

Dealing with my limiting beliefs

Even more challenging was my limiting belief around wanting everything to be perfect, which stopped me from releasing some excellent training programs.  Thankfully, I was helped to identify and overcome that belief.  Because of this, it’s easy to recognize it in clients and prospective clients.

What beliefs are holding you back from moving forward?  Is it perfectionism and its close relative procrastination?  Is it fear of failure? Fear of success? Fear of not being ‘good enough’? Or any of the other fears that often stop amazing, heart-centered entrepreneurs, coaches, mentors, or consultants like you from moving forward?  Don’t beat up yourself! You’re not alone. Remember, you cannot have faith and experience fear at the same time. You have choices, and I will help you discover what those are.

Along the way I wrote my first book on Kindle in 2011, “Superior Customer Service for Small Business Owners and Entrepreneurs – Satisfy the Needs of Customers to Earn Their Loyalty.” In 2016 I co-authored a collaboration book, “Forty and Wiser: Remarkable Insider Secrets from Women 40 and Wiser”, which became a #1 Amazon Bestseller.

I look forward to writing one around my favorite topic of building business relationships and connections for success.

What’s your story, or what is topic you love that you could talk about for hours? Have you written your book? If not, what’s holding you back? 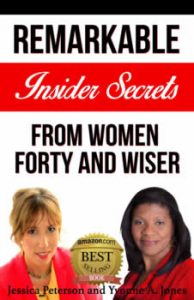 I get to inspire highly-motivated female entrepreneurs, 50 and Wiser, on creating a success mindset – identifying and eliminating limiting beliefs - and grow their business fast with strategies that build strong, long-term relationships and connections.

Although I’ve been coaching, mentoring, and speaking for at least 17 years, because of my desire to bring the best results to my clients and connections, I continue to learn from the best coaches and Mentors and am currently a student Master Coach University while pursuing ICF (International Coach Federation, the organization that sets the highest standards of coaching) Certification.

My belief is: “Focus on relationships and connections, and the money will flow.” 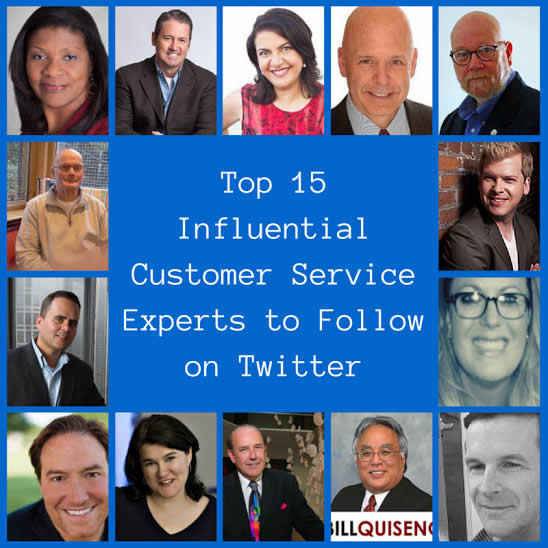